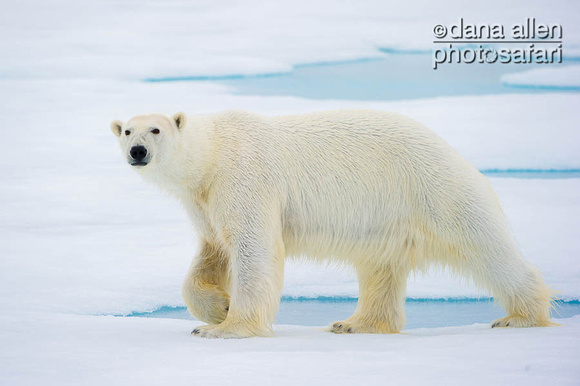 The Arctic ice continues to melt at alarming rates. 2012 saw record low levels of polar ice, as much as 30,000 sq miles less than the previously recorded low in 2007. Some estimates predict that summer ice will disappear within a few short decades. This will most likely mean that Polar Bears will become extinct in this region as they are dependant upon the ice for their primary source of food: hunting seals. Don't just sit there, do  something to effect change…