The Horns and the Dilemma... 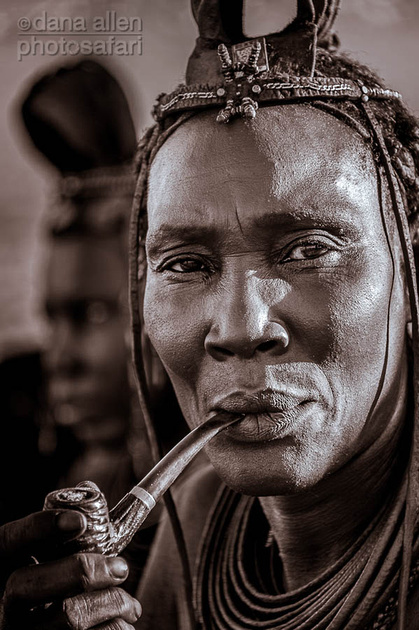 The Himba tribe of northern Namibia is famous for the red ochre and fat paste known as "otjize" which the female tribe members apply over their entire body. The Himba live in the arid northern part of Namibia, eking out a living in the midst of the desert by primarily raising cattle, the centre of their life. Their rich culture has long been under threat; in the past by severe drought, border wars, colonial governmental controls and even loss of homeland by proposed hydro-electric projects. The latest threat is modernisation. As more and more young Himba children go off to schools and become educated, they are eschewing their traditional lifestyle for a modern one. And therein lies the dilemma.


Hartmann Valley, Namibia, near the border of Angola.