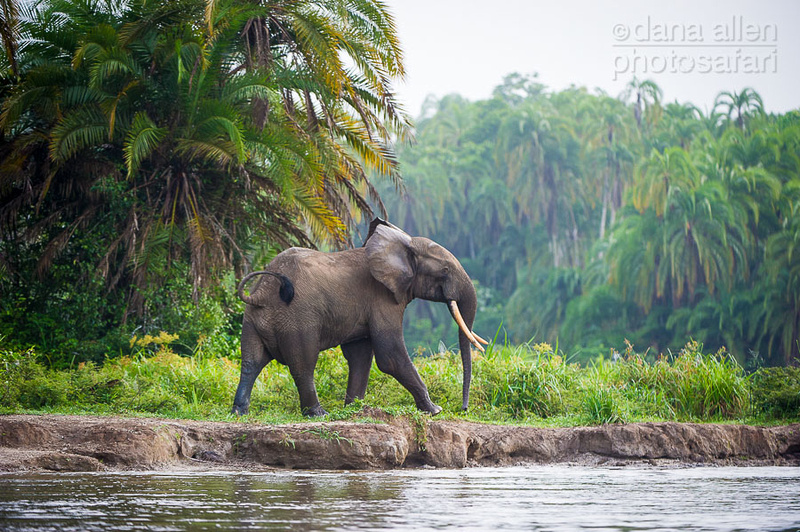 The African Forest Elephant (Loxodonta cyclotis) has only been considered to be a separate species for just over two years. Initially thought to be a sub-species of Loxodonta africana, the African Bush Elephant, several features distinguish the two. Straighter, harder ivory; a longer mandible; rounder ears; a longer tail; and an additional toenail on each foot (5 on the front and 4 on the back) are some of the readily visible differences. Oddly enough, the genetic difference became apparent as officials collected DNA samples for databases of various elephant populations to discourage ivory poaching.