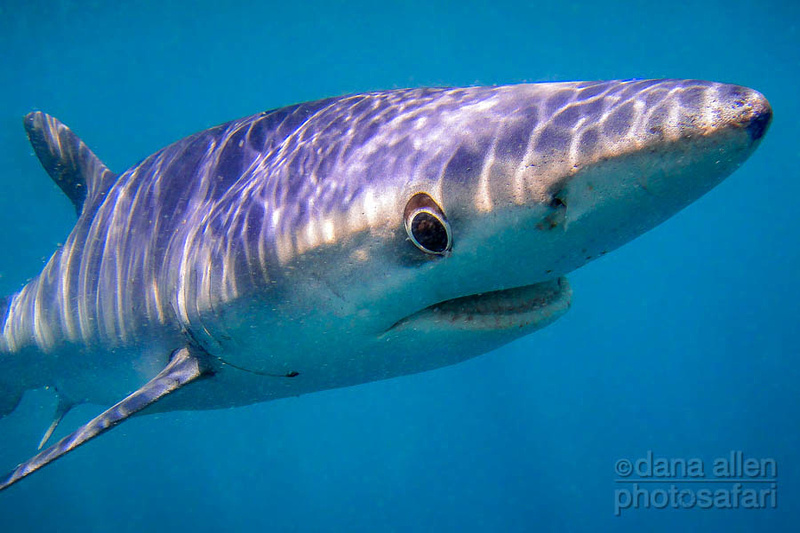 The Blue Shark (Prionace glauca) is the most widely distributed animal on the planet, inhabiting most all of the earth's oceans and seas except for the extreme polar regions. Because of their widespread distribution, they also have the dubious distinction of being the most widely captured shark, and between 20 - 30 million are captured and killed by accident or design every year. This disturbing trend can only result in the eventual endangerment and rapid extinction of this beautiful species.

Somewhere off the coast of the Cape Peninsula, South Africa.