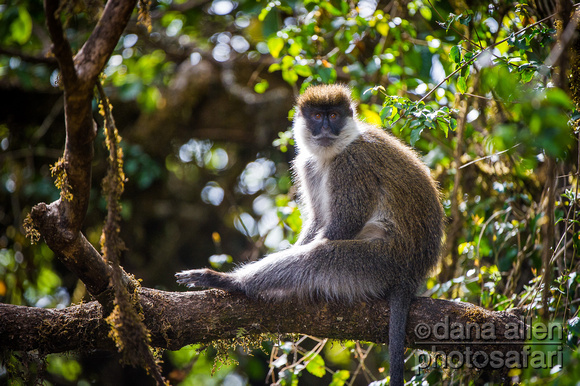 The rare Bale Monkey (Chlorocebus djamdjamensis)) of Ethiopia is restricted to a few small forest areas in Southern Ethiopia. Not much is known about this monkey due to the rough mountainous terrain and dense bamboo forest it inhabits. It is rarely seen and almost never photographed. After trekking through dense bamboo for an afternoon, we only managed to catch sight of a few shadowy outlines of the monkey. After returning to the Landcruiser and starting to head back up to the Bale Mountains, a group of about sixty individuals burst from the forest and crossed the road in front of us.