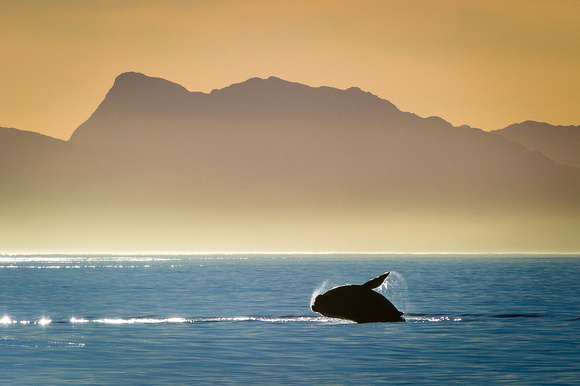 While leading a recent Photographic Workshop with Journeys Unforgettable, we were fortunate enough to join the folks at Dyer Island Conservation Trust to learn about and photograph the threatened marine species in the region. The Southern Right Whale (Eubalaena australis) is listed as endangered and a population of only about 7,500 is thought to remain, with just over 3,000 around the waters of South Africa. The Southern Right Whale was so named because they were the "Right" whales to hunt.